IGBT transistor modules operating at high frequency are used in modern constructions of power converters. Overvoltages may occur at the terminals during their switching which is the main reason of the parasitic inductance of the internal connections of the converter. Rapid changes of large current values ​​through these internal connections are currently between 1 and 2.5 kA/μs, and cause induction of overvoltage at the transistor terminals, which it must withstand in blocking condition. Overvoltages generated during the converter operation negatively affect its operation and are among others a source of electromagnetic interference and have an impact on the quality of waveforms obtained at the converter output or in extreme cases can damage the IGBT modules.

The inductance of parasitic connections cannot be eliminated completely, however, their value can be reduced by using low-inductive busbar connections.

Busbars are Low-inductive connections that are made of two or more electrically conductive layers separated from each other by a dielectric layer. A favorable aspect of the application of low-inductive laminated busbar connection is the reduction of costs associated with the internal connections of the converter by improving the assembly process of the device (shortening the assembly time, high repeatability and eliminating errors) and eliminating or reducing additional capacitors for suppression of commutation overvoltage (Snubber cap). 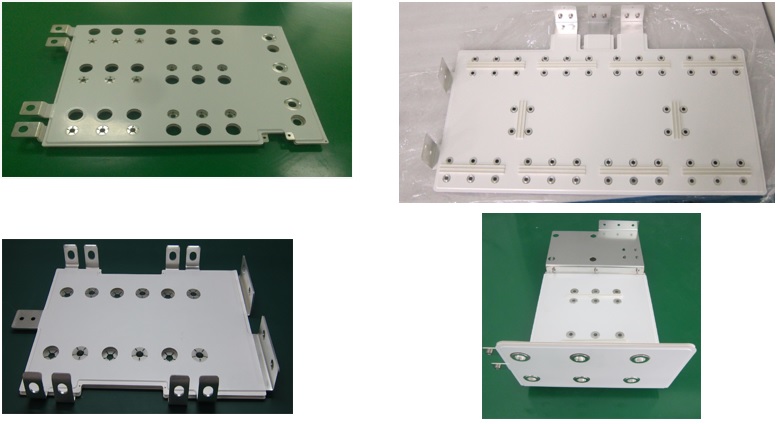 Do You need more information? Don't worry! We will guide You through the whole process of the order! Contact us!

Sorry. Category BUSBARs has no products.